An earthquake shakes the foundation of Scotland this week.

The tragedy leaves many men, women and children without home and short of food. It creates a perfect opportunity for John Knox to undermine Mary and make out she is weak and without means to protect her people.

Darnley has been emptying out the treasury to fund his lavish lifestyle, when Mary visits him at his family estate he is entertaining a Russian whore. Darnley seems occupied with the Russian’s assets whilst viewers I’m sure we’re appreciating the cut of Mary’s dress.

Fun history fact for you, whilst ankles and wrists wet scandalous, low cut dresses were not. Most European cultures did not view the female breasts to be overtly sexual and so whilst the lavish dresses covers a lot of the body it was not uncommon for dresses to show off women’s ample cleavage, assisted by the Tudor corset which unlike the later Victorian corset was not actually designed to squeeze the waistline.

In return for the money he has taken from the disaster fund Darnley wishes to return to court. Mary and he may not see eye to eye but being away from court deprives him of the opportunity to boost his own ego.

If Mary holds a party in Darnley’s honour,he will in return give back the money he misused. Unable to trust her husband’s word, Mary instead plan to use the the party to announce the aid and to recover the gold.

Setting up a charity trust in her name, Mary will secure the funds whilst keeping them out of Darnley’s greedy hands.

Unable to secure the gold Mary learns the truth, Lord Darnley  has spent the money buying land and goods for her enemies.

Darnley is up to no god,Mary is right to not trust him. Later Darnley meets up with John Knox, Knox is willing to overlook Darnley’s religion in favour of supporting the downfall of Mary. He really is a misogynistic little shit.

In France tension continues to rise between Charles and Henri. One way or another this is going to end in tears.

Catherine’s spell may be proving to be a little too successful, Charles is being overly assertive and aggressive.

Meanwhile Claude and Luc finally get it on, she may love Leith but even Claude can not deny she is attracted to get husband.

Later Narcisse uncovers a letter, Claude has written to Leith promising she will come to him once she gives Luc a son.

Charles continues to spin out of control. Paranoid and afraid of appearing weak, a cruel irony that it is his very actions bringing his own downfall.

Henri then makes moves towards Nicole, the crown isn’t the only thing he seeks.

The recent plot against her has taken a toll on Elizabeth. Whilst the Archduke has returned to Austria to make arrangements for a marriage contract, she remains in England where she is anxious and afraid. 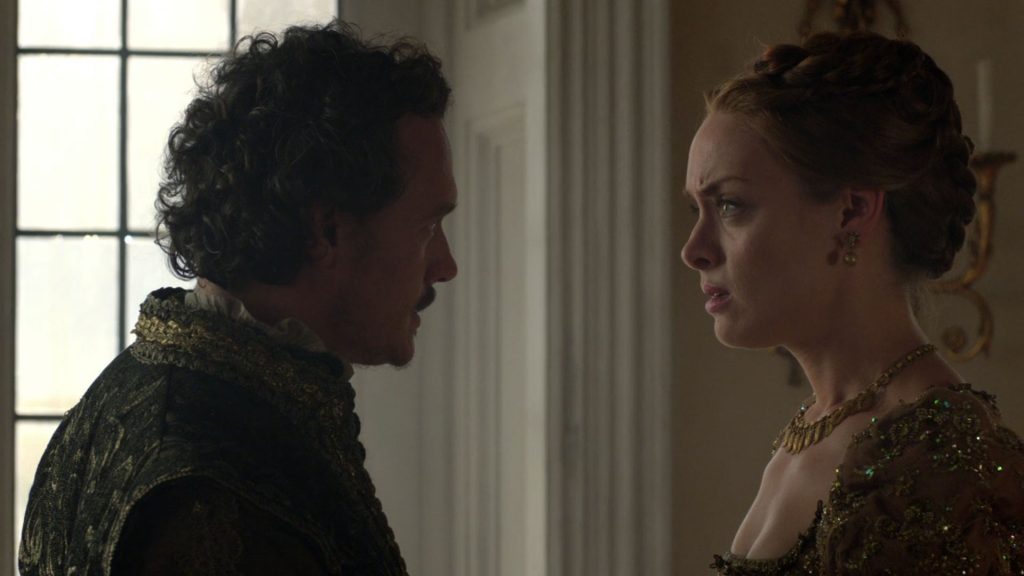 Gideon suggests she take a few takes away, he has a cottage on the coast and it would give them some privacy and time to get up to some extra curricular activities. 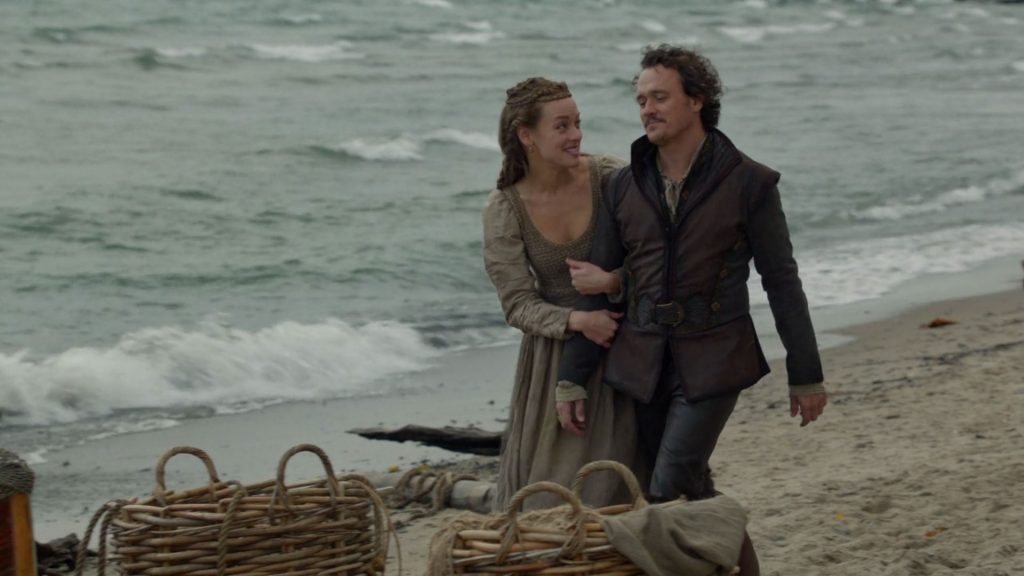 As they both relax they are interrupted by Jane,who just happens to be visiting family. Elizabeth panics and knocks Jane out with an oar.

Fearing Jane will destroy her Elizabeth wishes to kill her but she is unable to harm an innocent, even to protect herself.

Elizabeth is shocked when Jane returns to court but she is placated when Jane assures the Queen that she can trust her. 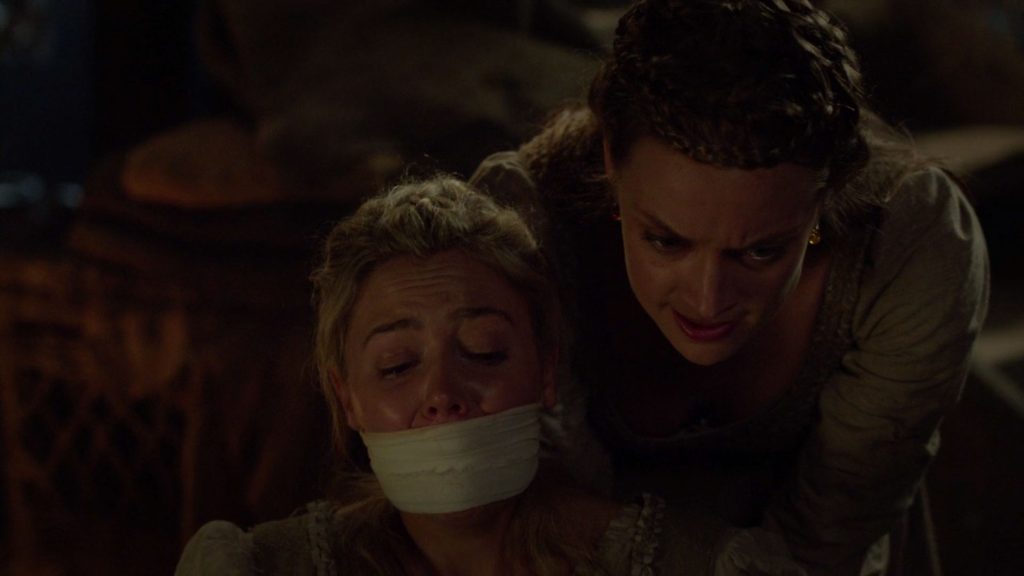 Of course she can’t. Jane is spying on Elizabeth.

In England, Scotland and France one must be careful of who one trusts. Times are changing and crowns can be lost as quick as they are won.