A Queen is never truly her own mistress, her love, desire and choices will make or break her country.

For Mary, Love may be the ideal but the safety of Scotland must prevail.

For Catherine , Love for her family is strong but family alone is not enough. The protection of the Valois name means doing things no mother may wish to do.

Lastly Elizabeth, a woman who denies her own love for fear of weakening herself and her country. Her sister Mary’s marriage to the King of Spain was unhappy and brought about much trouble for her.

Charles is learning first hand the cost of marriage not for love but for power. Marriage to powerful allies means marrying often into close family.

Such interbreeding is not good for the human body and many European royalty developed Hemophilia, a potentially fatal condition where the body struggles to form blood clots.

As it turns out Charles emo phase is less of a personal choice and more an attempt to cover his illness.

A sick King is a weak King.

In Scotland Prince Magnus of Denmark is visiting, his love of his country try seemingly boring poor Mary just as much as it did Elizabeth.

Someone needs clue the poor Prince in, his pick up lines need some work.

Lady Lennox is determined to marry off Darnley to Mary. Darnley is much more keen to marry pretty Keira.  Sadly for HR two star crossed lover’s the money sent by Elizabeth to secure their wedding went astray. When Elizabeth learns of this she is less than impressed. 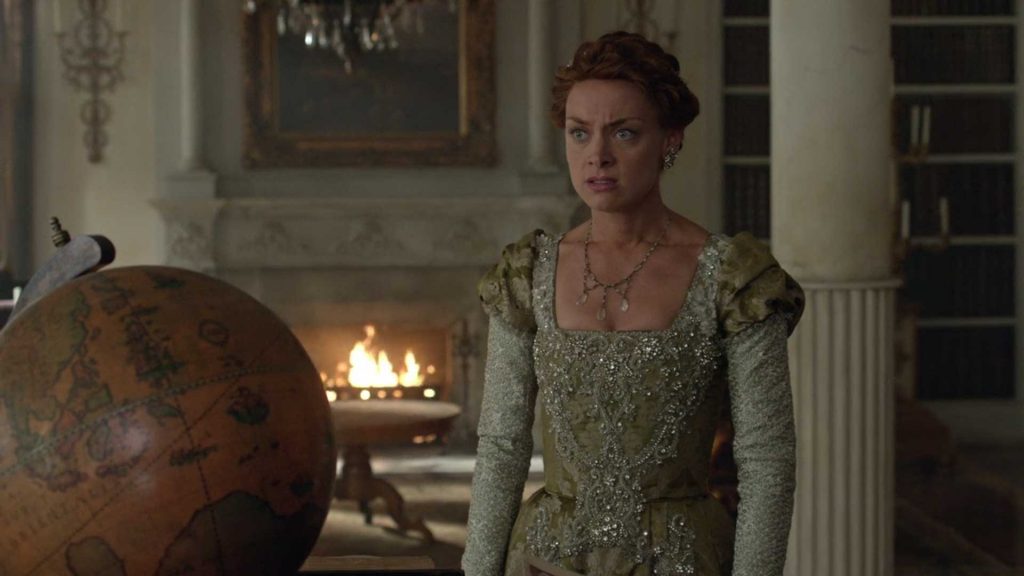 Honestly Elizabeth telling Gideon to shut up was gold.

Gideon offers himself as a potential groom for Mary, Gideon would get his girl and the marriage would weaken Mary’s position in both Scotland and England.

Elizabeth gives her blessing, anything at this point is better than Mary being allowed to marry Lord Darnley.

Narcisse returns this week to France alongside young John. Catherine tries to reassure him he will continue to be in his life however Narcisse is still too upset, John reminds him of Lola.

The old lovers catch up, Catherine clues Narcisse in on the whole Leesa situation, in short Leesa only speaks for Spain and is a pain in everyone’s ass.

The sooner she sails back to Spain the better.

Whilst Charles continues his corpse lookalike competition, Spain tries to sneak into a claws in France.

Can anyone else smell the poison Catherine is surely plotting?

Narcisse’s suggestions on how to get Charles back into the Kingly mood seems strangely like a weekender in Magaluf.

Poor Bianca seems so nice, yet naïve.  Not quite like the women found drunk on a beach holiday.

When Bianca goes missing Catherine is immediately concerned. Charles has been so irrational lately, lord knows what happened to Bianca.

Catherine should know by now, if you want a job doing well, do it yourself. When your enemy goes blind it looks suspicious, more suspicious than them dying on the travel home.

Leesa tries to uncover the poisons, of course Catherine as already moved them.

In the chapel Claude is praying for Leith when the blinded Spanish cardinal accidentally knocks off a candle. Going to his aid she wipes her tear stained handkerchief and almost miraculously cures his vision.   He goes straight to Leesa convinced Claude is a miracle worker, Leesa’s less than impressed and in typical style slut shames Claude who in return let’s rip about how nobody cared for or misses Leesa.

Claude dishing up the truth ladies and gentlemen.

Catherine on form as ever, is prone to take advantage and push Spain out of France. Or in her words Claude can give Leesa a spanking.

Mary is not keen on Elizabeth’s strings attached to Gideon’s proposal. Giving up her throne, her money, her influence. It’s a big leap of faith.

Can love really overcome a Queens responsibility for her land and people?

James who would regain regentship if Mary marries Gideon is concerned for Scotland.

In true Reign fashion Mary and Gideon carry out a beautiful dance, a beautiful moment only ruined by the arrival of Lady Lennox and Lord Darnley. Darnley wishes to return straight back to England, he wishes only to marry Keira and not a woman in love with another.

to Keira. Breaking both their hearts.

For Lady Lennox( Margaret Douglas), granddaughter of Henry viii love her own sons happiness is a small price to pay for power, her own and d her sons.

Gideons’ last words to Mary before departing to England sadly stick out, she plans to marry Darnley, it is a dangerous path that only leads to one thing, death. 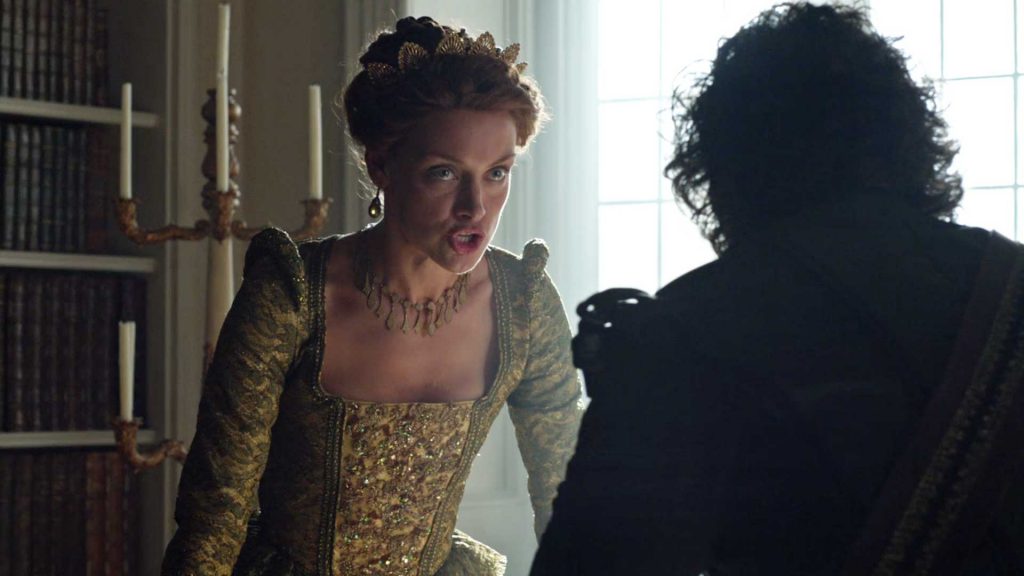 As Elizabeth herself makes clear, neither Mary or herself will ever be safe whilst the other is alive. It’s just a case of who can survive.