Ambassador Richards ( Philip Riccio) returns to England without Darnley and faces a rather unamused Elizabeth. The marriage can not go ahead and if there is no official reason to invade Scotland it is about time he invents one.

With pain medication making Agatha feel brighter Gideon is hopeful of making her final days joyful. Elizabeth melts our heart when she invites Agatha to play Queen with her and has the young girl dressed in a beautiful gown. Also Gideon hopping on one foot, worth watching. 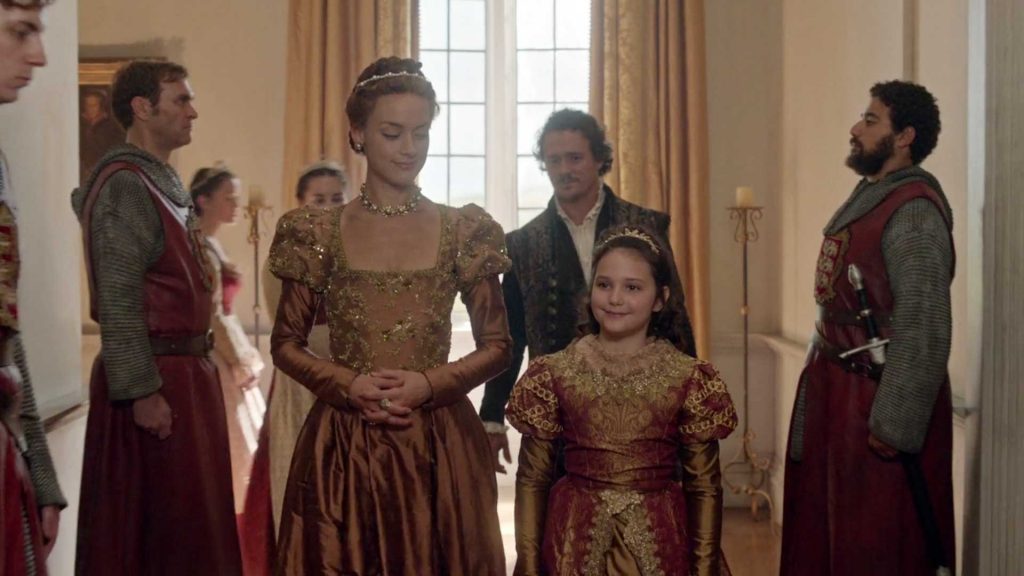 *Dear Reign Writers. I give you hell, I know I do. The inner history nerd just screams sometime but honestly my little heart is overjoyed. We have guards and ladies all in one scene.*

Agatha is too precious. Elizabeth talking about heaven and Agatha being able to see her mother again is heartbreaking and comforting at the same time.  Elizabeth was orphaned herself in her early teens. She grew up with the fear of death at any moment, found herself in the Tower.

Despite the fear Mary’s​ marriage presents to Elizabeth she makes the decision to remove her guards awaiting her order to invade Scotland. Until Mary makes an aggressive move towards England, Elizabeth is content to let it be.

During the night Agatha passes away. 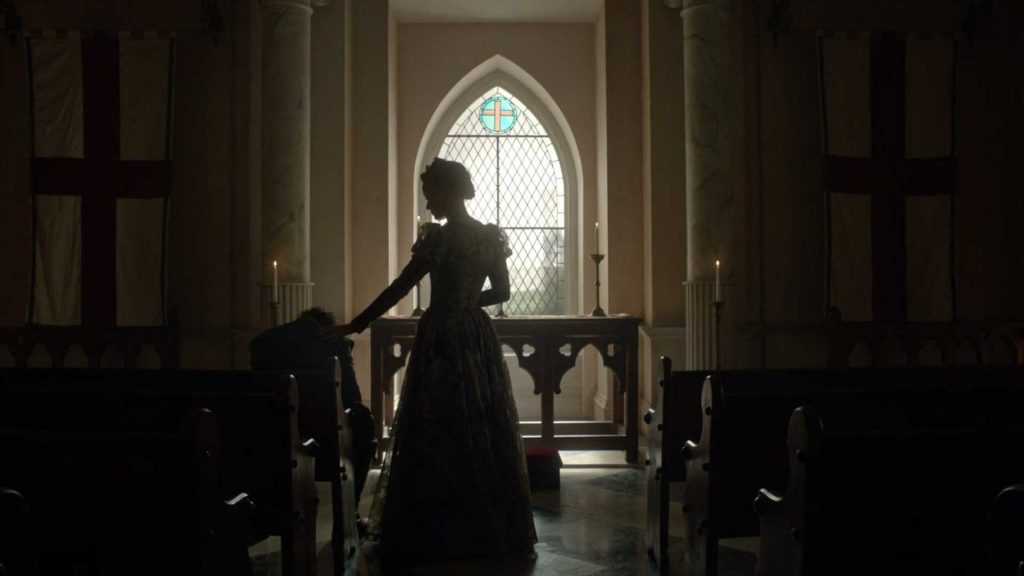 There seems to be a trend with this season of trying to portray all the Queens as vulnerable as well as strong, fierce, passionate women. It’s definitely for the better.

In France Leesa is bidding to have Charles abdicate the throne. With Charles gone young Prince Henri would be King, the power vacuum it would cause is dangerous for France and for all currently vying for power.

In the countryside Charles has upgraded his emo cave to a nice but poor village.  Charles wishes to remain, the country life has certainly returned the colour to his cheeks.

Charles is happy and whilst Catherine knows duty means Charles must return to court it saddens her to see Charles must leave a place where he is finally at peace.

They ask Nicole (Ann Pirvu) a peasant girl who has grown close to Charles to persuade his return in exchange for a place at court for her.

Returning to court Charles faces Leesa’s questioning and finally finds his backbone. He will not abdicate and he plans to rule France, not as a Catholic King but as a Protestant.

Catherine is horrified and Leesa plans to return to Spain as soon as possible.

Nicole on the other hand is a special kind of cookie. It doesn’t take that girl long to find her feet at court and into the manipulative power games.

As Leesa heads back to Spain she leaves one final and devastating request.

Catherine must replace the now protestant Charles with his catholic brother Henri, a move that will almost certainly end in bloodshed and risks plunging France into civil war.

The marriage negotiations in Scotland are rubbing James up the wrong way.  Now Mary wishes to take his lands to form part of Darnley’s marriage arrangement. Returning the land deeds previously removed from Darnley’s father are a sentimental move but also provide Darnley with money and status. Hi

Keira( Sara Garcia)  returns to the castle and begs Darnley to return to her, when Darnley makes it clear he plans to become King, Keira will instead accept mistress.

Keen to compensate James for his loss of lands Mary seems out another profitable deed.  Mary is to give James control of a port, the current owner Lord Bothell( Adam Croasdell) declines Mary’s invite to court on the grounds of illness. When James hears this he leads Mary to a local tavern, Bothwell is a known drunk.

Whilst in the village James investigates a local inn where  an Englishman has recently checked in. Outside James spots his horse which Darnley recently claimed for his own and inside James catches Darnley in bed with Keira. James is infuriated that Darnley​ would betray his sister but agrees to keep the truth from Mary to protect her feelings.

Mary receives another anonymous note, this one not warning Mary of impending English threat but instead informing her of Darnley’s affair.

Mary will marry for Scotland, but it certainly won’t be a happy one.