As someone currently in the throes of wedding planning my heart goes out to Mary. Marriage is now about love and commitment, for Mary and many other Kings, Queens and influential people weddings were a shoe of wealth and status, marriage more for convenience and power than true love.

Marrying Darnley is about securing Scotland and England’s future.

With wedding planning in full swing all the influential people are gathering at court. Amongst those a few unexpected faces.

Bothwell arrives and declares his love and whilst he sneaks in a passionate kiss it only serves to confuse Mary further.

A black child at court sticks out like a sore thumb, Europe wasn’t very kind to those different to them and Greer is fiercely protective of her daughter, Rose.

When Martin shows up unexpectedly Greer is uncomfortable, he asks to see his daughter when he is at court but Greer doesn’t wish to attract attention

Catherine’s plans to free Mary from her impending marriage come to a holt when Mary reveals that she is with child, an heir to the Scottish and English throne. A child born out of wedlock would be declared a bastard and so the marriage must go ahead and soon.

James continues to spy on John Knox with a side of banging Emily. Whilst at the Knox house he uncovers letters between John Knox and the widower of Darnley’s lover. He is now enroute to Scotland to defend her honour/ kill Darnley. Despite thinking Darnley is a grade A dickhead James takes off at once to prevent the execution. His duty to his sister and Queen means protect Lord D.

Those at court engage in the knotting game,  a fun game where people unravel lengths of cord to reveal a treat. Side note My future husband James said that we are not allowed to do this. But it looks so much fun.

With Darnley still missing Mary sets Catherine on Lady Lennox to uncover the truth of his where abouts. Whilst the court is at play Darnley meets with a representative of the Vatican.

Neither man is best pleased when Mary and her guards burst in and demand Darnley return to the castle (yes an actual castle).

Adelaide truly delivers here, Mary is every ounce a strong and determined queen when she reminds the visitor that it is her, Mary Queen of Scots who is Queen and ruler of Scotland and anyone wishing to take her crown is warned against foolish notions.

John Knox has uncovered Emily’s affair and casts her out, naked and shamed. As much as Emily hurts she can at least be free of Knox. She arrives at Edinburgh Castle just in time to see James getting closer to Greer.

As the wedding day approaches Darnley drinks himself into a stupor.

Drunk Darnley is rather hilarious. Plus raise your hand if you’re​ gay and have thought the same about Mary.

Mary’s dress is stunning, the matching golden veil is breathtaking and I can appreciate the expense that went into that scene.

Such a shame that behind the beauty there is such sadness.

Her sadness turns to joy when she learns that more than a dozen  border towners have turned to Scotland. Before she leaves Catherine advises Mary to be careful, her heart and body will seek comfort and when she seeks it she must be careful. 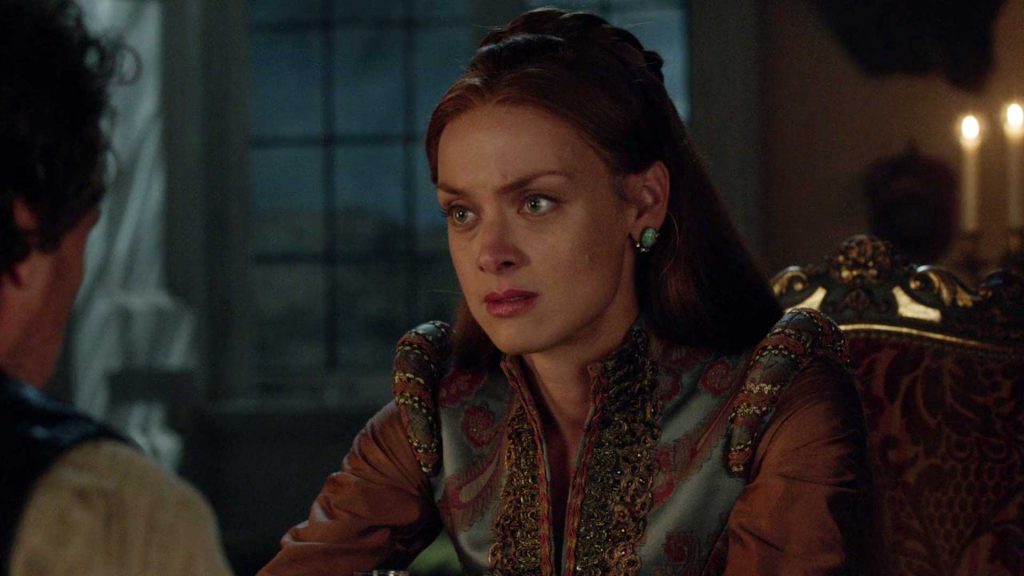 In England, Elizabeth is unsettled by the impending marriage. Things take a turn for the worse when several border villagers embrace the new Catholic King and Queen and switch allegiance to Scotland.

Elizabeth is left distraught and takes her anger and sadness out on her late father Henry.

He was so desperate for a son he ill treated both his daughters at one point or other.

He wanted a prince and he got one but her name was Elizabeth.

Where Adelaide delivered in Scotland, Rachel delivers in England.

That was one emotional speech. Right in the heartstrings.

Things then go from zero to sixty and Gideon helps Elizabeth forget about Scotland by taking her on a table. Things I can only write about Reign. 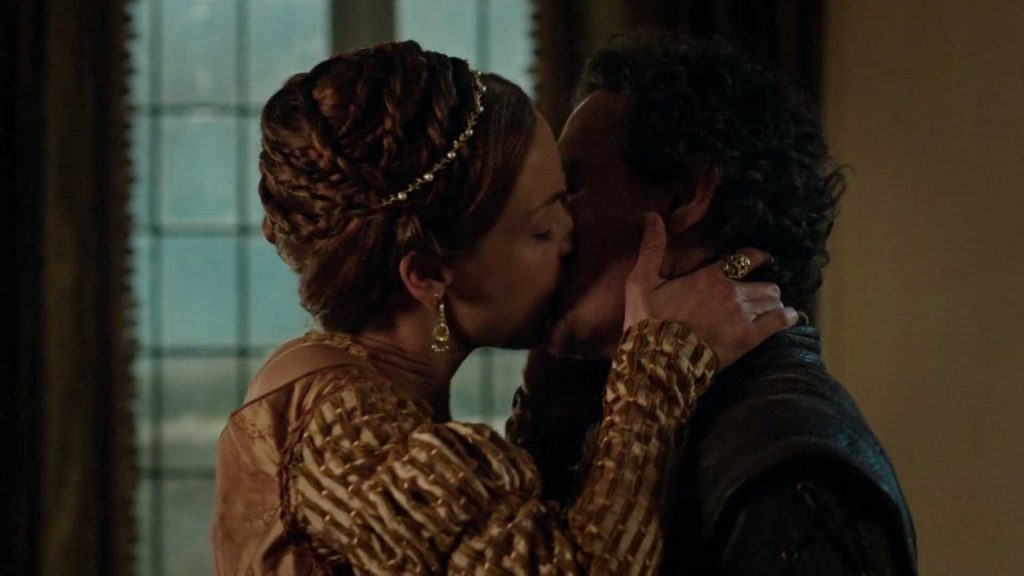 All three leading ladies were so strong in the episode. From here onwards I fear there will be much sadness and drama.

For my readers who are not history nerds, I only warn, there can only be one Queen of England​ and those seeking crowns often end in bloodshed.